JOIN US ON OUR NEXT CRUISE: 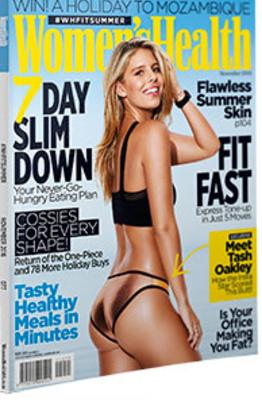 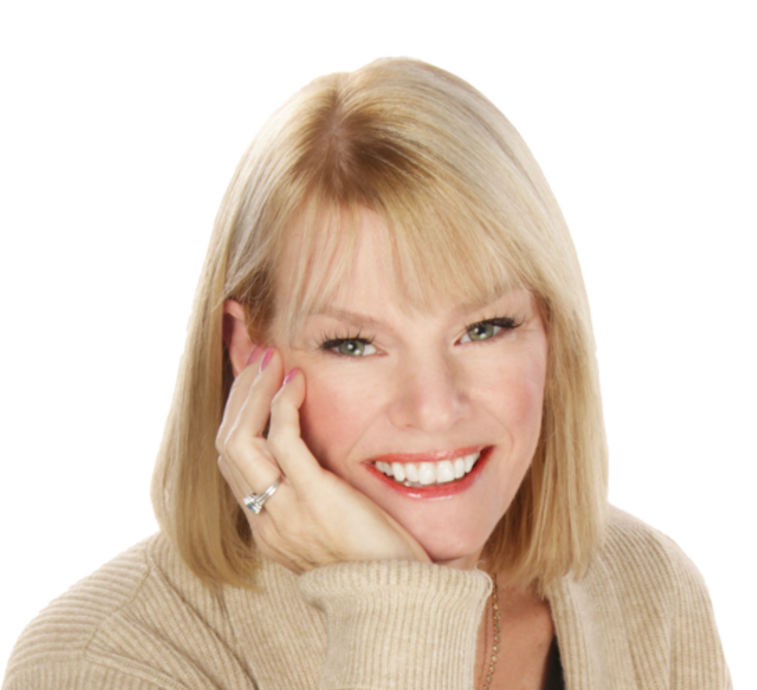 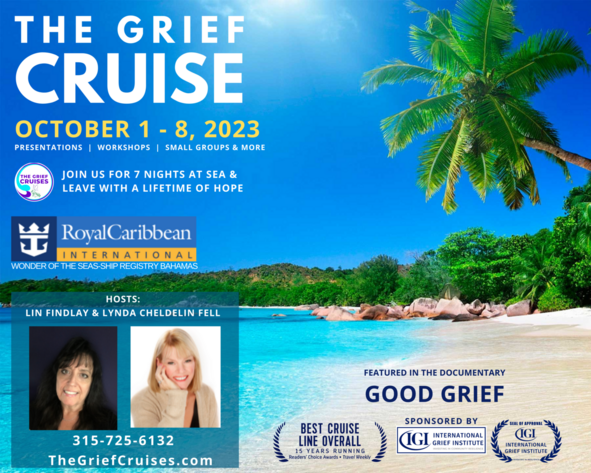 After losing her 15-year-old daughter in a car accident in 2009, Lynda Cheldelin Fell was caught in a fog of grief. Just when she started to find her footing, her beloved 46-year-old husband suffered a disabling stroke. As she fought to restore hope, Lynda discovered that helping others was a powerful balm for her wounds—a catalyst that changed her world.

Turning her pain into passion, Lynda became an international bestselling author in 2013, and founded AlyBlue Media soon after. She launched Grief Diaries Radio in 2014, hosted the National Grief & Hope Convention in 2015, wrote the curriculum Managing Grief in the Workplace and founded the International Grief Institute in 2017. Lynda is a certified critical incident stress management educator who has authored over 30 books on navigating loss and finding hope. She's been nominated for five national advocacy awards and holds five national literary awards for her work.​ Read her story here. 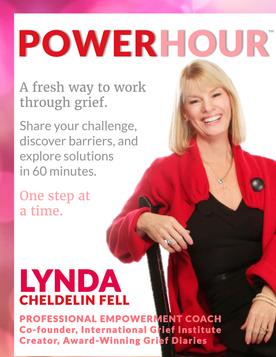 Author of 0ver 30 books on healing and hope

Available in over 40,000 retail outlets around the world.

During the National Grief & Hope Convention in 2015, Lynda curated hundreds of stories about navigating loss and finding hope. A nod to her radio show Grief Diaries, Lynda was moved to invite people around the world to answer questions and share their journeys in her book series. The first 8 books were published in December 2015, and to date over 700 people in 11 countries have contributed to Grief Diaries. Now over 30 books strong, the series has earned 4 national literary awards and inspires comfort and hope that there is a light at the end of every the tunnel. See all books here.

Lynda and her work have been published around the world in top tier media including Womens Health Magazine, New York Daily News, Human Resource Executive magazine, Huffington Post, TheBlaze, LifeZette, among many others. Her work in print, radio and film continue to earn accolades as she works to inspire help, healing and hope. She believes that inside every person is a story worth telling, and her range of interviews span from notable figures to the homeless.

Beyond Grief Diaries, Lynda is the founding force behind the International Grief Institute, Managing Grief in the Workplace, Circle of Hope, and the National Grief & Hope Convention.

The Playbook of Hope speaker